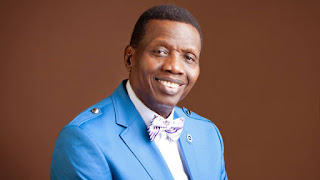 Lagos – Pastor Enoch Adeboye has retired as
the General Overseer of Redeemed Christian
Church of God (RCCG) in Nigeria.
He announced the decision on Saturday
morning, January 7.
Pastor Joseph Obayemi has been named as his
successor.
Obayemi was appointed the new GO at the
Annual Ministers Thanksgiving at Shimawa, in
Ogun State.
Adeboye, 74, was appointed General Overseer
of the church in 1991, taking over from Papa
Akindayomi, who had died the previous year.
Adeboye will, however, continue to lead the
global ministry in its bid to reach even more
people with the gospel of Jesus Christ.
Until his appointment, Obayemi was the Pastor
in charge of Region 2.
He is also the National Chairman of the newly
formed Redeemer’s Men Fellowship (RMF).
Obayemi was promoted to Assistant General
Overseer of the church in August 2016.
Pastor Johnson Odesola, who was Adeboye’s
Special Assistant on Administration and
Personnel, was appointed the church
Secretary.