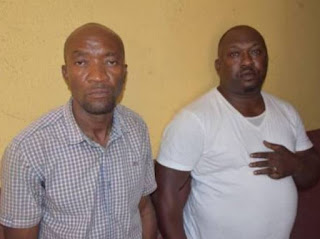 An Ebute-Meta Magistrates’ Court, Lagos has extended till June 10, its remand order against a dismissed Police Inspector, Olalekan Ogunyemi, charged with murdering a football fan, Kolade Johnson.
This means that Ogunyemi, 45, who has already spent 30 days in Ikoyi Prison custody following his remand by the court on April 6, will now stay in custody for 35 more days.
Magistrate A.O. Salawu extended the remand order because the advice on the case which was expected this morning from the Office of the Lagos State Director of Public Prosecutions (DPP), is not ready.
Ogunyemi was also not in court. The suspect, of No. 17, Alhaji Ede Street, Igando, was brought before the court on April 6, on a one-count charge of murder. Prosecuting Inspector Kehinde Olatunde alleged that the defendant committed the offence on March 31, at about 5:10pm, at Onipetesi Estate, Idi-Mangoro, Lagos.
He alleged that Ogunyemi, who served in the Anti Cultism Unit of Lagos State Police Command, shot Johnson, a 36-year-old father of one, to death, with his Ak47 rifle.
The offences, the prosecutor said contravened Section 223 of the Criminal Law of Lagos State, 2015.