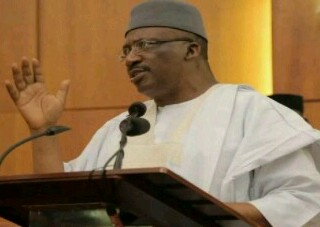 The Federal Government says a new bill that would help curtail the menace of hate speech in the country will soon be sent to the National Assembly. Minister of Interior, Abdulrahman Dambazzau, who disclosed this yesterday when he met with APC leaders in Abuja, said the bill which is being initiated by the Ministry of Interior would soon be presented to the National Assembly by the office of the Justice Minister and Attorney General of the Federation, Abubakar Malami (SAN).

According to Dambazzau, severe punishment awaits any person found guilty of propagating hate speech in Nigeria.

“Hate speech should not be allowed in this country. Everybody is entitled to belong to his religion, the religion he believes in. Everybody is entitled to his faith. When we were born, we didn’t choose the tribe we want to belong to. That is how God brought us to the world. And there is absolutely no reason for hate speech or hating anybody whatsoever. So if the National Assembly passes that law, certainly anybody who is engaged in hate speech would be prosecuted in accordance with the law” he said