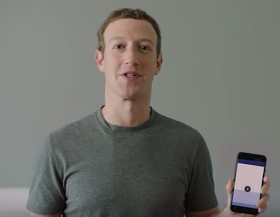 Facebook founder, Mark Zukerberg, on Tuesday,
introduced Jarvis to the world. Jarvis is a home
assistant with a difference – he isn’t human,
but an app. This software was developed by the
tech entrepreneur to meet a variety of needs
around the house, from turning off the light,
adjusting the room temperature to one that is
favourable, preparing meals and even supplying
Mark with a change of clothes.
Jarvis responds to Mark’s voice and talks back
to him, lets guests in after a facial
identification, it also alerts him of his schedule
and things going on within the house, for
instance, when Max, Mark’s daughter with wife
Priscilla, woke from sleep, Jarvis informed Mark
about it. There is very little that Jarvis cannot
do around the house as can be seen in the
video shared by Mark.
While the app was still being built, Priscilla,
Mark’s wife, encountered some issues with it
initially. At first, the app only responded to
Mark’s voice, completely ignoring Priscilla’s
instructions. She also complained that the voice
used earlier was a bit aggressive (Arnold
Schwarzenegger’s voice). Modifications were
made afterwards to create what Mark
introduced to the world yesterday; a friendly,
helpful software which detects your needs as a
family and meets them – and sometimes refuses
them if it doesn’t approve. Lol.
Watch the video below to see Jarvis’ reply after
Mark asked it to play some good Nickelback
songs.