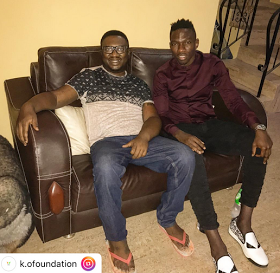 Nigeria’s super eagles defender Kenneth
Joasiah Omeruo paid Emmanuel Ugolee a visit
in his home two days ago with some members
of his family to check on the broadcaster who
is down with kidney diseases and seeking to
raise Fifty million naira for a kidney transplant
in the United States of America. 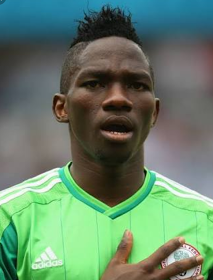 The 24years old professional footballer who
plays as a defender for Turkish club Alanyaspor
on loan from English club Chelsea FC, also took
to his social media platforms to urge Nigerians
to donate to the cause while speaking highly of
Emmanuel.

I called Emmanuel Ugolee to confirm the visit
and he said that this was very true. Emmanuel
said he was moved by the level of concern
Kenneth showed, unlike a good number of his
celebrity friends..
Mr Omeruo had checked on him earlier in the
hospital and then again came to the house with
family but the suprise for Emmanuel however,
was heightened when Kenneth gave him Two
million naira as contribution from his foundation
k.o foundation and promised to reach out to
other fellow team mates of his who were known
to have large hearts like Mr Emenike who
happens to bear two of Mr Ugolee’s names 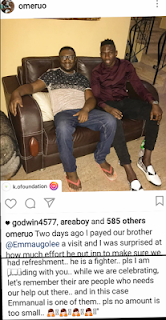 “Emmanuel” and “Chinenye”, John Mikel Obi and
Odion Ighalo.
Emmanuel was pleasantly surprised over this
as he is over the overwhelming support of
Nigerians who were clearly giving their widows
mite with almost 1,000 people sending in
N1,000 each. 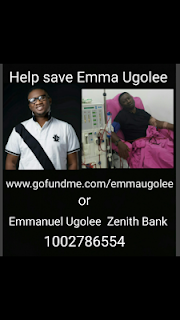 Please I employ you not to give up with the
donation as we have about 35 million naira
more to get to the target. Give what you can
and spread the word. We