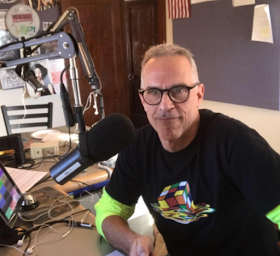 A radio host in Pennsylvania has resigned after
being asked by radio management not to
criticize President Donald Trump on air.
Bruce Bond tells Pennlive.com he’s “very sad”
he could not continue in his position with
WTPA-FM as he posted a letter from the
station’s general manager on Facebook telling
him it is ‘not permissible’ to talk disrespectfully
of the president. 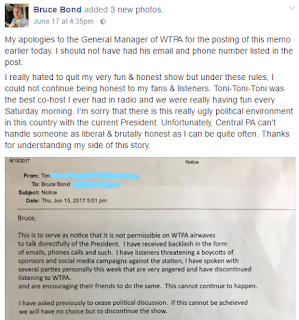 The letter says listeners have threatened
boycotts of sponsors and social media
campaigns against the station. Bond says the
rules left him unable to be honest with his fans
and listeners. He says he can’t “be walking on
eggshells” when the subject of Trump comes
up.
General Manager Tim Michaels says the station
has accepted his resignation and wishes him
well.