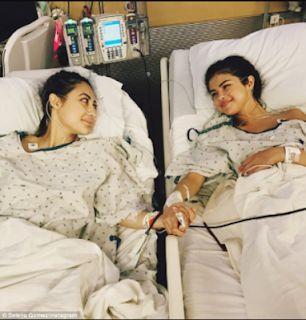 You never know what anyone is battling just by looking at their photos on social media unless they choose to share with you. And Selena Gomez, who seemed to be having an enviable summer holiday with her beau, The Weeknd, was actually going through one of the most trying times of her life during this period. 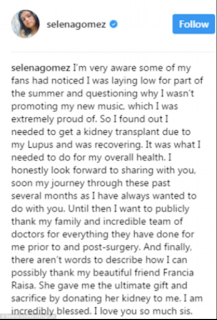 The actress/singer just took to Instagram to tell us of the struggle behind her smile. She revealed that she had a kidney transplant this summer to help her battle Lupus. For this reason, she hasn’t been able to promote her new music. She went on to reveal that it was her friend who donated the kidney. 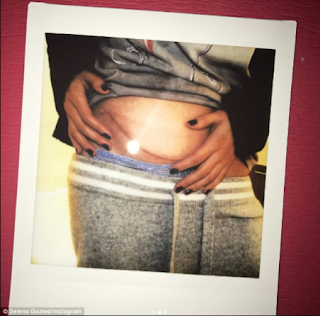 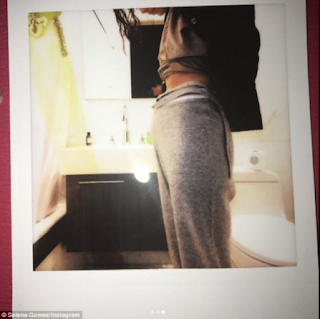 Her admission comes after reports recently revealed Selena has moved in with her boyfriend The Weeknd. The Canadian singer has also been by her side all summer as she battled the