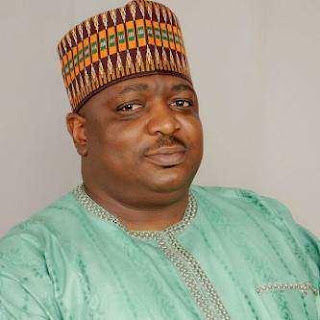 The Senator representing the Federal
Capital Territory ,FCT, Philip Aduda with
House of Representatives member for
AMAC/Bwari Federal Constituency,
Zephaniah Jisalo have doused down the
tension over their political romance with
the ruling All Progressives Congress
(APC).
They put an end to the sketchy news
about their plans to dump PDP for APC
during the foundation laying ceremony of
two Ultra-modern markets in Kubwa under
Bwari Area Council, where they were
addressed as ‘special’ guests at the
event, recently.
Senator Aduda led the declaration of
pitching tent with APC through his Special
Assistance, Ali Danjuma Ali, who
represented him at the occasion.
Presenting his goodwill message at the
occasion, Ali started by saying, “with what
the chairman of Bwari Area council has
done within his few days in office, we the
PDP family are fully in support of APC
administration.
“Now, we have seen the reason to join
APC, joining of APC will help us join hands
and develop the Federal Capital Territory,
When they started we were watching but
now we are convinced” Ali confirmed.
When it was turn for Jisalo, to also give
his goodwill message, he was not
physically in attendance but his SA,
Shuaibu Abdulmumin said, “PDP and APC
is one family in FCT, if we say there is a
difference then development won’t be
recorded in the territory.